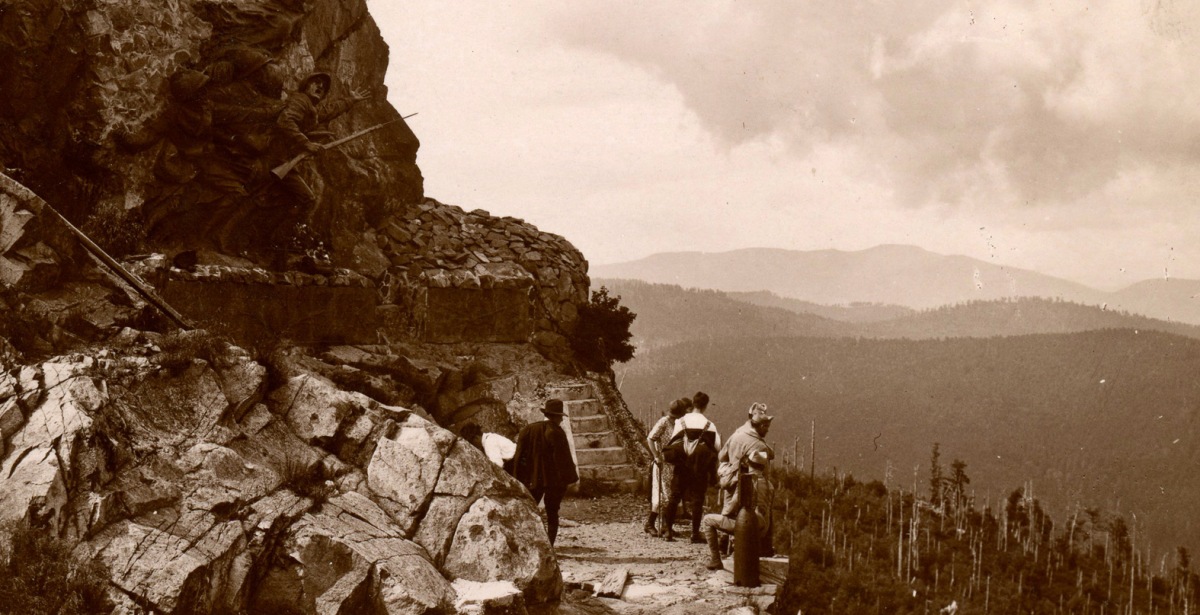 1921-2021: Centenary of the classification of the Hartmannswillerkopf as a historical monument

Although the desire to preserve the remains of the Hartmannswillerkopf was already expressed during the war, the administrative process of classification was not initiated until after the armistice. As early as 1919, the painter Frédéric Robida was entrusted with a mission to assess the war relics. He travelled to the areas affected during the conflict to select the most emblematic remains. The main site concerned was the Hartmannswillerkopf, which was officially classified on 2 February 1921.

In addition to the administrative procedures, the seasonal exhibition on the occasion of this anniversary will also present the many facets of a battlefield in the aftermath of the First World War. Tourists and pilgrims come together, sometimes with difficulty, and various measures are taken to welcome them to the former battlefields. In addition to this, the question of clearing the battlefield and the treatment of the remains of the dead give rhythm to the daily life of the HWK, which is gradually being transformed into a place of remembrance.

The various monuments that were built there also contributed to this dynamic. This is particularly true of the emblematic bas-relief dedicated to the 152nd Infantry Regiment, also inaugurated in 1921, which still shapes the face of this summit of the Vosges Front today.

Through 25 thematic panels enriched by numerous documents and photographs, often unpublished, this exhibition will describe the major stages surrounding the classification of the Hartmannswillerkopf as a historical monument and which marked the transformation of this battlefield into a major site of the Great War.

Opening hours of the Historial