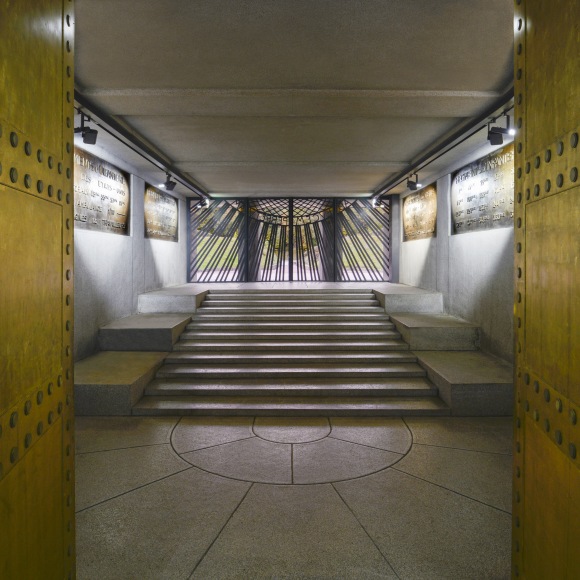 The National Monument of Hartmannswillerkopf

The "Hartmannswillerkopf 14-18" National Monument is one of four French national monuments commemorating the Great War. The others are at Douaumont in the Meuse, Dormans in the Marne and Notre-Dame-de-Lorette in the Artois region.

The monument was built in remembrance of the armed struggle that took place here during the First World War and was designed by the architect Robert Danis and the sculptor Antoine Bourdelle. This decidely original structure was inaugurated in October 1932 by the then President of the French Republic, Albert Lebrun. 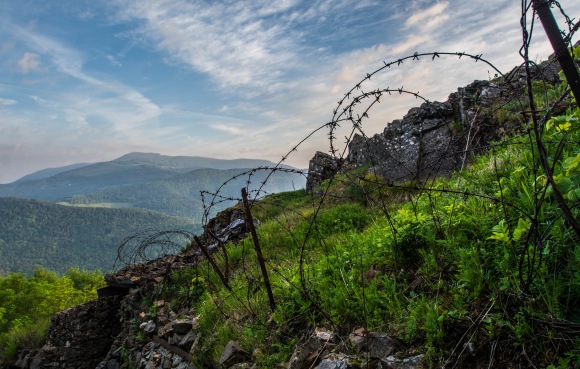 Hartmannswillerkopf is a rocky spur overlooking the Alsatian plain. Culminating at 956m, this strategic position was the scene of bloody combat between December 1914 and January 1916.

The battlefield still bears the scares of the violence that claimed the lives of 7,000 French and German soldiers. Continually fortified throughout the course of the war, many of the shelters constructed and trenches dug can still be visited and have been kept in a remarkably good state of conservation. 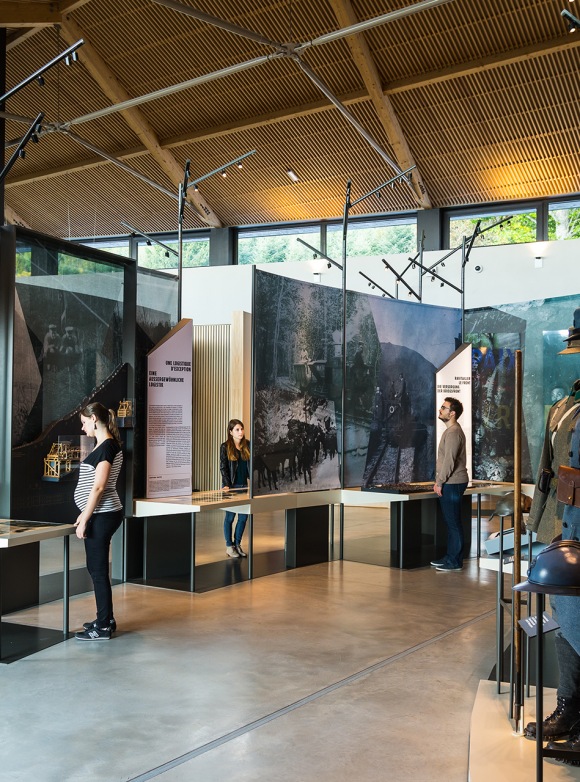 The Hartmannswillerkopf's Franco-German Great War Historial first opened its doors on 3 August 2017. Whilst it does indeed have historical, touristic and commemorative facets, its main objective is primarily educational.

The Historial presents a global vision of the First World War but the battle of Hartmannswillerkopf does naturally take center stage in order to allow visitors to better contextualise the nearby battlefield and National Monument.

Alongside the story of the battlefield, the permanent exposition highlights the rivalry and then friendship between France and Germany, the latter of which started in the aftermath of the First World War when soldiers from both sides met on the battlefields to commemorate their service.